What started the #savelocalbees coalition

In March 2018, on the initiative of POLLINIS and 43 other actors for the protection of local bees and at the request of European citizens, MEPs adopted a text supporting the need to preserve the precious qualities of these foragers, endemic to the different territories of the Union. Today, it is time for this initiative to be carried out in practice!

Almost two years ago, our association POLLINIS launched its first European campaign for an effective protection of local bees. 44 signatories gathered around a declaration of principle. 44 organizations, researchers and local bee conservatories, all convinced of the need to protect local bees, these ecotypes and subspecies of honey bees, which are now threatened by extinction. 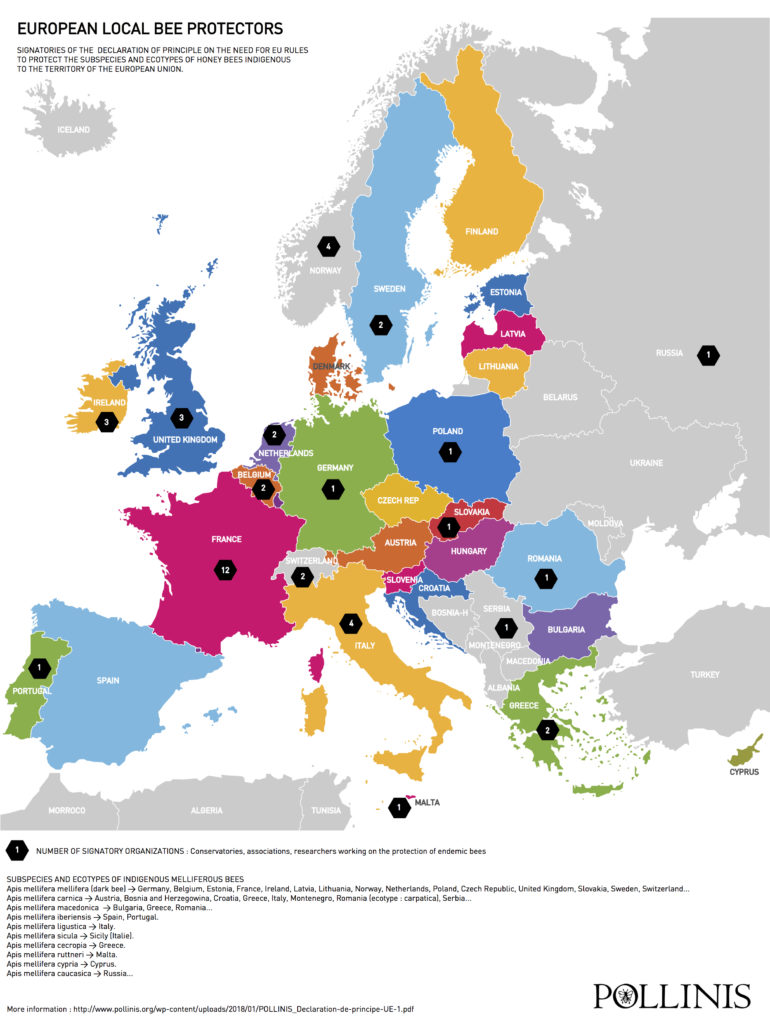 A first victory for citizens

More than 200,000 citizens of the European Union followed in their footsteps, signing a petition addressed to their representatives in the European Parliament. A few days later, MEPs voted in favour of an own-initiative report on beekeeping, which included several points relating to the protection of local bees. « This is a historic moment: the beginning of an awareness at European level that it is vital to protect the efforts of organizations, conservatories and researchers working to preserve our endemic species in the field, » said Nicolas Laarman, managing director of POLLINIS.

Strengthened by this first victory, the action’s main actors are now joining forces once again to demand that our national and European representatives take concrete measures to preserve local bees, in particular by providing a legal protection of the conservatories that are already working in the field to protect these fragile insects. They have drafted a new declaration of principle and are appealing once more to citizens to relay the request to their national and European authorities. 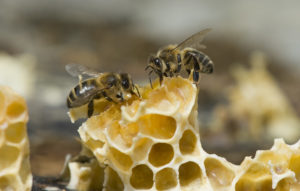 In addition to the many factors that are decimating bee colonies throughout the world, the dark bees, Western and Northern Europe's local bees, are confronted with demands of short-term profitability .
Date : 9 décembre 2015
Lire 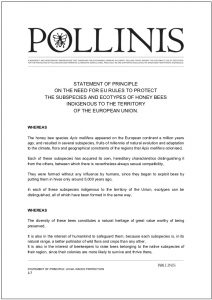 Statement of principle on the need for EU rules to protect the subspecies and ecotypes of honey bees indigenous to the territory of the European Union in order to protect dependent heritage, ecological and cultural interests.
Date : 22 janvier 2018
Lire Télécharger 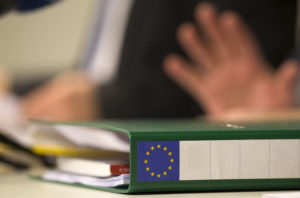 July 23, 2018, the European Commission reacted to an initiative voted a few months earlier by the European Parliament, calling for support for the beekeeping sector and for measures to protect local bees.
Date : 23 juillet 2018
Lire