RISK ASSESSMENT OF PESTICIDES : OBSOLETE PROCEDURES AND CONFLICTS OF INTEREST

A brief history of the EFSA Guidance Document : Europe faces a massive decline of pollinators. Urgent measures have to be adopted to hamper this decline. A proper evaluation of the impact of pesticides on non-targeted species is of paramount importance in this context. However, current risk assessment procedures follow outdated guidelines. 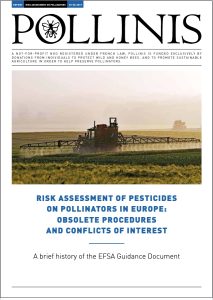 Europe faces a massive decline of insects: more than 75% of flying insects have disappeared from German protected areas (Hallmann et al. 2017). According to the authors of the study, this finding can be extended to the entire European territory. Pollinating insects are particularly in danger: behind the well-documented phenomenon of domestic bee losses lies a problem of a much larger scale, namely “the dramatic decline in the occurrence and diversity of all kinds of European wild insect pollinators, including wild bees, hoverflies, butterflies and moths. Numerous pollinator species are extinct or threatened with extinction”, according to the data published by the European Commission (EC) in 2018.

This dramatic decline is to have serious consequences on food security. In the European Union (EU), around 84 % of crop species and 78 % of wild flower species depend, at least in part, on animal pollination; up to almost 15 billion euros of the EU’s annual agricultural output is directly attributed to insect pollinators (EC 2018).

The decline of pollinators is also a matter of serious concern for biodiversity, which triggers a chain reaction in the overall ecosystem. As recent studies have reported, common birds are declining at an appalling rate in Europe (Inger et al. 2014); in France, one third of the bird population has disappeared from rural areas in the last 15 years, due to insect deaths (MNHN 2018). 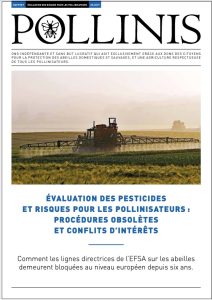 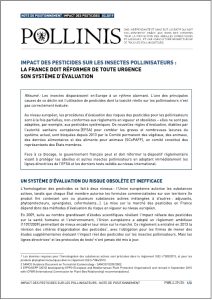