If the situation of the dark bee in France today is critical, the condition of other local bees in Europe is scarcely better. A coalition coordinated by POLLINIS, FEdCAN and SICAMM is urgently pursuing the legal protection of bee conservatories.

Across the continent, native European honey bees form a large diverse family in which each subspecies occupies its specific region, among them: the iberiensis or dark-colored Spanish bee, the caucasia, the long-haired bee from Georgia, the carnica, the grey striped Balkan native, the macedonica, the long-legged bee from northern Greece… The islands are home to the sicula of Sicily, the large adami of Crete, the little shiny orange cypria from Cyprus. The dark bee, mellifera, is endowed with an extraordinary ability to adapt to the Western European environment.

These pollinators, all descendants of the first honey bees (Apis mellifera) from northern Africa or the Middle East, have spread throughout Europe in successive waves over a million years. Over time, isolated geographically by ice ages, they gradually differentiated themselves. Each community has adapted to its own region, flowers and climate. According to researcher Ralph Büchler of the Bee Institute in Kirchhain, Germany, endemic bee populations have developed specific morphological and behavioral characteristics to adjust to their environment. Some like hot, dry climates, others adapted to life at high altitudes; some are able to gather nectar earlier or later in the season, or feast on specific flowers depending on the size of their proboscis.

These native foragers of each region, essential to their ecosystems, are now threatened by the importation of bees of other subspecies. From various European regions as well as far away countries, these imported bees are replacing the swarms devastated by many afflictions (pesticides, parasites, diseases, nutritional deficiencies, etc.). Beekeepers also introduce new bees into their hives in the hopes of producing more honey.

This practice increases the risk of transmission of parasites and infectious diseases, as demonstrated by Yanping Chen and Jeffery Pettis of the US Department of Agriculture’s Bee Research LaboratoryChen et al, 2008. Nosema ceranae is a long- present and wide-spread microsporidian infection of the European honey bee (Apis mellifera) in the United States. Journal of invertebrate pathology.. But above all, it is harmful for the very survival of native bees, because imported queens have a genetic background shaped by other climates, seasons, and flowers. Some of these imports come from countries as far-off as Chile, Argentina, Australia, or New Zealand…

In an environment that’s not their own, these imported bees are vulnerable, often not adapted to flowering period and dependent on massive sugar feedings, an artificial method that weakens their intestinal system and immunity and makes them dependent on humans. Over time, these bees interbreed uncontrollably with native bees. Hybrid queens will emerge and create hybridized colonies, equally weak and unsuited to their environment. This continuous interbreeding leads to an accelerated genetic dissolution of local strains and to the loss of their specific adaptive characteristics.

Fifteen years ago in the Île-de-France (around Paris), 73% of bees were dark bees; today they represent only 11%Article by POLLINIS. Hybridization: Imports of queens and swarms threaten local bees.. And the fertilization of queens, which takes place in the sky during their nuptial flight, is not controllable by beekeepers.

« Today, beekeepers no longer know what type of bees they have in their hives, it is a disaster, » says Lionel Garnery, French specialist in bee genetics at the  National Scientific Research Council (CNRS). There are scarcely anymore pure local bee strains and therefore our bees are losing their main adaptive characteristics to climate and environment”. In Finland, Lassi Kauko, representative of the association of dark bee beekeepers, is distressed that « the Italian bee is now the most common in our country. » In Portugal, Maria Alice Pinto, of the Polytechnic Institute of Bragança (Portugal), established that local bee colonies already have between a third and two-thirds of foreign DNA Pinto et al., 2014. Genetic integrity of the Dark European honey bee (Apis mellifera mellifera) from protected populations: a genome-wide assessment using SNPs and mtDNA sequence data.
Journal of Apicultural Research .

In Greece, officials at the MEEK-Apicultural Research Education Center note that « the bee in southern Greece, called adami, barely seems to exist. And we believe that cecropia is also in danger as the identified populations are dispersed and hybridized.” As for the foreign subspecies, « they tend to grow quickly in the spring, but they end up without food later. They are unable to defend themselves against wasps or cope with drought.«

In Malta, Alexei Pace from Friends of the Earth is concerned about Apis mellifera ruttneri, the bee of the archipelago. This bee adapted over the centuries to its Maltese environment and now is hybridizing dangerously since the increase in imported bees and the resulting arrival of the varroa mite in 1992. According to Alexei Pace, “it tolerates long, hot and dry summers very well, short periods of rain in winter, and strong winds in spring. This subspecies is able to feed better than others in windy conditions, and queens lay eggs most of the year. But if no effort is made to breed local queens and if hybridization rates are allowed to increase, the remaining characteristics of ruttneri may be lost. «

The conservation of these local bees should be a priority for Europe. They represent an irreplaceable natural heritage. Researcher Ralph Büchler of the Bee Institute in Kirchhain (Germany), believes that “the conservation of bee diversity and support for local breeding activities must be priorities to prevent colony decline, optimize a sustainable productivity and allow continuous adaptation to environmental changes.” By studying nearly 600 colonies of five subspecies (Apis mellifera carnica, ligustica, macedonia, mellifera and siciliana) and 16 different genotypes in 11 European countries, he demonstrated that the life expectancy of local queens was much better than those of other strains (+ 83 days on average).

But how do you save these precious local bees? In La Palma, in the Canary Islands archipelago, the rate of hybridization is near zero thanks to the ban in 2001 on the importation of bees of other subspecies. “There is extreme vigilance in controlling imports, and fines can range from 6,000 to 15,000 euros,” reports Elias Gonzalez San Juan, a member of the island’s beekeepers association. “And beekeepers work closely with customs, police, the post office, and private transporters to act as soon as a single introduction is detected and eliminate the queens of other subspecies.”

But in Gran Canaria, another island in the archipelago, only 70% of bees belong to the local subspecies as the ban on importing non-local bees was only implemented in 2014. Many local beekeepers demand regulatory measures to eliminate the 30% of introduced bees, « but the existence of beekeepers who breed queens of other breeds for the European market does not allow hybridization to be completely eliminated, » laments Antonio Quesada from the association of beekeepers on the island.

Slovenia legally protects its native bee, Apis mellifera carnica, throughout its territory. Chimay, Belgium, in 2004 established a municipal bylaw prohibiting the use of bee subspecies other than the black bee. Other local conservation measures have been initiated to preserve native pollinators in their natural environment. The island of Læsø in Denmark was established as a protected area for the dark bee, and on the islands of Colonsay and Oronsay, a regulation of the Scottish government prohibits keeping foreign subspecies.

In France, about ten genetic conservatories created by lovers of the dark bee organized the European Federation of Black Bee Conservatories (FEdCAN). These sanctuaries try to preserve this bee whose heritage, diluted year after year, could have disappeared within fifteen years. « The idea is to isolate a geographical area with a minimum radius of 3 km, within which only colonies of dark bees are raised, » explains Lionel Garnery. There should be at least 150 colonies, which reproduce in a closed circle. The other goal is to allow bees to live in conditions similar to those found in the wild« . POLLINIS article. Interview with Lionel Garnery, “Mister black bee”

However, at present, no legal measure protects these areas from intrusions: any beekeeper can come and set up hives of other subspecies. The dark queens can then be fertilized by males of different strains, thus destroying all the conservation work of the conservatory. « The current lack of legislation is a problem for us, » says Lionel Garnery. “A solution would beh to establish a perimeter prohibited for hives of other strains. «

Protective legal status, accompanied by penalties for those who infringe upon these sanctuaries, is an absolute necessity. In March 2018, POLLINIS, an NGO which fights against the extinction of pollinators, mobilized with FEdCAN and other conservation associations and succeeded in getting the European Parliament to take up this issue. The MEPs voted overwhelmingly to “preserve the valuable characteristics of the genetic heritage, the diversity and the adaptive capacity of endemic local bee populations (…), arguing that its diversity is an important factor in combating invasive species, including pests and diseases.” Initiative projecthttps://www.europarl.europa.eu/doceo/document/A-8-2018-0014_FR.html?redirect

They called upon the European Commission and Member States to strengthen legal protection and for “the establishment of conservation areas, protected by law, for endemic honey bees.”  But since then nothing has been done. It must be said that some professional beekeepers and their organizations believe that it is more important for them to be able to freely set up their hives in the local bee conservation areas, zones without pesticides and with a great floral diversity.6  To present a united front and defend the local bees, FEdCAN, POLLINIS and SICAMM, an international foundation that supports programs to protect Apis mellifera mellifera, have created a coalition called #SaveLocalBees See the website of the #SaveLocalBees coalition. In a span of a few weeks, from the Canary Islands to Finland, from Ireland to Greece, 45 associations, researchers and experts have rallied across Europe, and nearly 300,000 citizens have mobilized by signing a petition to obtain legal protection for conservatories.

The path ahead is long—we still have to knock on the doors of the European Parliament, relaunch the Commission, challenge the national elected representatives and solicit the ministries concerned, negotiate with the beekeeping sector… But only the law can guarantee the achievements made over decades to protect these conservation areas. And to preserve the bee for what it is: an invaluable natural treasure for the common good of all of us today and for generations to come.

→ This article was written by POLLINIS for Abeilles en liberté, a magazine dedicated to bees and pollinators. 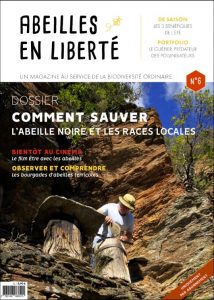 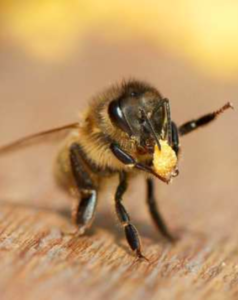